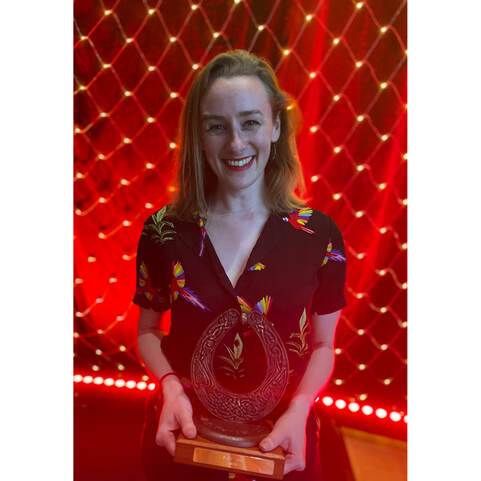 Hello! My name is Rose. I'm a documentary filmmaker and visual artist in the UK.

I move between the production and development sides of the TV industry. In other words, I think up and pitch ideas to network commissioners and channel controllers, as well as self-shooting, producing, and directing my own films.

My Channel 4 documentary How to Make It on OnlyFans, was broadcast in 2021 and earned critical acclaim both in the broadsheets ("one of the most charming TV moments of 2021" - The Guardian) and on Gogglebox. In 2022, I won the Celtic Media Award for Best Short Form for my Channel 4 film Lesbian. , a collaboration with acclaimed spoken word artist lisa luxx, which was released on All4 in February last year. Originally pitched live to network commissioners at the Edinburgh TV Festival, when I was on the "Ones to Watch" TV industry talent scheme, it has been shortlisted for numerous other high-profile industry awards, and screened at prestigious film festivals around the world.

I started my career in radio, and occasionally I can still be found moonlighting on the odd audio or podcast project. When I'm not producing and directing I paint and draw (you can see some of my visual art works here), and I'm also a fluent speaker of German and French, with a research Masters in German post-Holocaust literature. In a funny way, I think these passions are all related. What drives me is finding ways to connect, and to create empathy; trying to make others, myself, and the world, a little better understood.